Question 2.
Economic planning is an important feature of Economy………..
(a) Mixed
(b) Capitalism
(c) Socialism
(d) Traditional
Answer:
(a) Mixed

Question 4.
Match the following and choose the correct answer by using codes given below:

Question 10.
Match the following and choose the correct answer by using codes given below:

Question 15.
Which of the following is not the member of SAARC?
(a) Pakistan
(b) Sri Lanka
(c) Bhutan
(d) China
Answer:
(d) China

Question 17.
The direct tax has the following merits except……….
(a) equity
(b) convenient
(c) certainty
(d) civic consciousness
Answer:
(b) convenient

Question 18.
The major contributor of Carbon monoxide is……….
(a) Automobiles
(b) Industrial process
(c) Stationary fuel combustion
(d) None of the above
Answer:
(a) Automobiles

Question 22.
Define GDP deflator.
Answer:
GDP deflator is an index of price changes of goods and services included in GDP. It is a price index which is calculated by dividing the nominal GDP in a given year by the real GDP for the same year and multiplying it by 100.
GDP deflator = \(\frac{nominal GDP}{real GDP}\) × 100

Question 26.
Write Fisher’s Quantity Theory of money equation.
Answer:
The general form of equation given by Fisher is MV = PT. Fisher points out that in a country during any given period of time, the total quantity of money (MV) will be equal to the total value of all goods and services bought and sold (PT)
MV = PT

Question 27.
What are the credit control measures?
Answer: 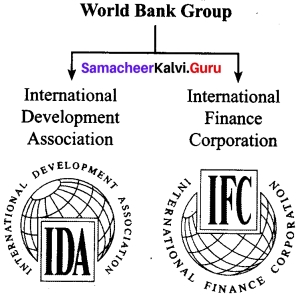 Question 30.
What is GNP?
Answer:
Gross National Product (GNP):
GNP is the total market value of all final goods and services produced within a nation in a particular year, plus income earned by its citizens (including income of those located abroad), minus income of non-residents located in that country.

GNP is one measure of the economic condition of a country, under the assumption that a higher GNP leads to a higher quality of living, all other things being equal.

Question 32.
Classify the concepts of Macro Economics.
Answer:
The important concepts used in macro economics are presented below:
Stock and Flow Variables: Variables used in economic analysis are classified as stock and flow. Both stock and flow variables may increase or decrease with time.

Stock refers to a quantity of a commodity measured at a point of time. In macro economics, money supply, unemployment level, foreign exchange reserves, capital etc are examples of stock variables.

Economic Models A model is a simplified representation of real situation. Economists use models to describe economic activities, their relationships and their behaviour. A model is an explanation of how the economy, or part of the economy, works. Most economic models are built with mathematics, graphs and equations, and attempt to explain relationships between economic variables. The commonly used economic models are the supply-demand models and circular flow models and Smith models.

Question 34.
What do you mean by aggregate demand? Mention its components.
Answer:
The aggregate demand is the amount of money which entrepreneurs expect to get by selling the output produced by the number of labourers employed. Therefore, it is the expected income or revenue from the sale of output at different levels of employment.
Aggregate demand has the following four components:

Question 38.
What is Multilateral Agreement?
Answer:

Question 41 (a).
Compare the features of capitalism and socialism.
Answer:
Features of Socialism:

(b) What are the difficulties involved in the measurement of national income?
Answer:
Difficulties in Measuring National Income:

Production for self-consumption and changing price:

Question 42 (a).
Explain the differences between classical theory and Keynes theory.
Answer: 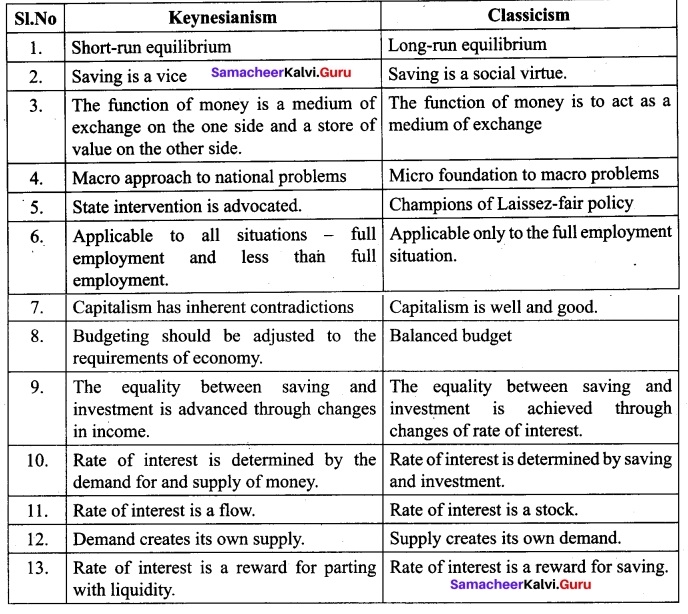 (b) Explain the features of Keynesianism.
Answer:

Question 43 (a).
What are the differences between MEC and MEI?
Answer:

These are illustrated in the figure. 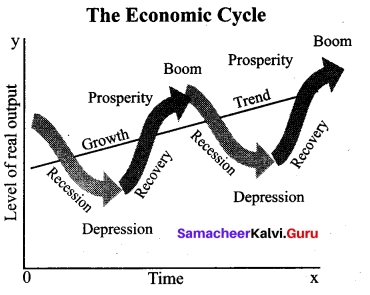 Question 44 (a).
What are the functions of NABARD?
Answer:
Functions of NABARD:
NABARD has inherited its apex role from RBI i.e, it is performing all the functions performed by RBI with regard to agricultural credit.
(i) NABARD acts as a refinancing institution for all kinds of production and investment credit to agriculture, small-scale industries, cottage and village industries, handicrafts and rural crafts and real artisans and other allied economic activities with a view to promoting integrated rural development.

(ii) NABARD gives long-term loans (upto 20 Years) to State Government to enable them to subscribe to the share capital of co-operative credit societies.

(iii) NABARD gives long-term loans to any institution approved by the Central Government or contribute to the share capital or invests in securities of any institution concerned with agriculture and rural development.

(iv) NABARD has the responsibility of co-ordinating the activities of Central and State Governments, the Planning Commission (now NITI Aayog) and other all India and State level institutions entrusted with the development of small scale industries, village and cottage industries, rural crafts, industries in the tiny and decentralized sectors, etc.

1. Cyclical Disequilibrium: Cyclical disequilibrium occurs because of two reasons. First, two countries may be passing through different phases of business cycle. Secondly, the elasticities of demand may differ between countries.

2. Secular Disequilibrium: The secular or long-run disequilibrium in BOP occurs because of long-run and deep seated changes in an economy as it advances from one stage of growth to another. In the initial stages of development, domestic investment exceeds domestic savings and imports exceed exports, as it happens in India since 1951.

Question 45 (a).
Explain the objectives of IMF.
Answer:
Objectives Of IMF:

(iii) Public Debt:
Public debt deals with the methods of raising loans from internal and external sources. The burden, effects and redemption of public debt fall under this head.

Question 46 (a).
Mention the Comparison of Direct and Indirect taxes.
Answer: 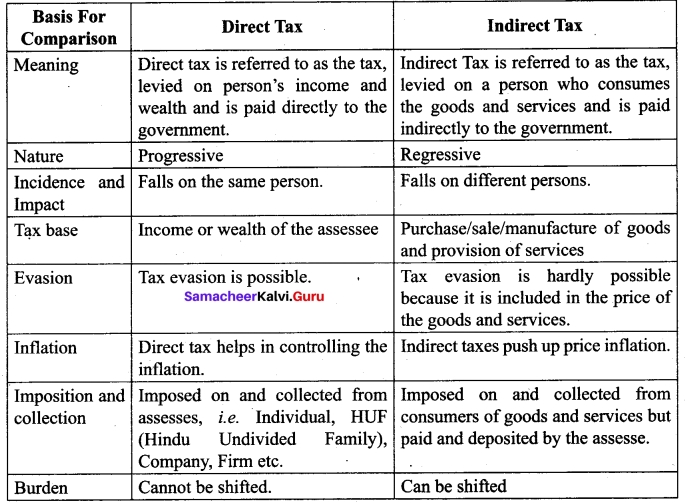 (b) Write the limitations of statistics.
Answer:
Statistics with all its wide application in every sphere of human activity has its own limitations. Some of them are given below.
(i) Statistics is not suitable to the study of qualitative phenomenon: Since statistics is basically a science and deals with a set of numerical data. It is applicable to the study of quantitative measurements. As a matter of fact, qualitative aspects like empowerment, leadership, honesty, poverty, intelligence etc., cannot be expressed numerically and statistical analysis cannot be directly applied on these qualitative phenomena.

(iii) Statistics table may be misused: Statistics must be used only by experts; otherwise, statistical methods are the most dangerous tools on the hands of the inexpert. The use of statistical tools by the inexperienced and untrained persons might lead to wrong conclusions, (zv) Statistics is only one of the methods of studying a problem: Statistical method does not provide complete solution of the problems because problems are to be studied taking the background of the countries culture, philosophy, religion etc., into consideration. Thus the statistical study should be supplemented by other evidences.