Question 2.
The basic problem studied in Economics is ……………
(a) Unlimited wants
(b) Unlimited means
(c) Scarcity
(d) Strategy to meet all our wants
Answer:
(c) Scarcity

Question 3.
The man – made physical goods used to produce other goods and services are referred to as …………….
(a) Land
(b) Labour
(c) Capital
(d) Organisation
Answer:
(c) Capital

Question 6.
The concept of elasticity of demand was introduced by……………..
(a) Ferguson
(b) Keynes
(c) Adam Smith
(d) Marshall
Answer:
(d) Marshall

Question 8.
When marginal utility reaches zero, the total utility will be ………….
(a) minimum
(b) maximum
(c) zero
(d) negative
Answer:
(b) maximum

Question 9.
Author of “An inquiry into the Nature and causes of wealth of Nations”.
(a) Alfred Marshall
(b) Adam Smith
(c) Lionel Robbins
(d) Paul A Samuelson
Answer:
(b) Adam Smith

Question 14.
The concept of consumer’s surplus is associated with ………..
(a) Adam Smith
(b) Marshall
(c) Robbins
(d) Ricardo
Answer:
(b) Marshall

Question 28.
What are the conditions for produces’s equilibrium?
Answer:

Question 30.
Explicit Cost- Define.
Answer:
Payment made to other for the purchase of factors of production is known as Explicit Costs. It refers to the actual expenditures of the firm to purchase or hire the inputs the firm needs.

Question 31.
Explain the concept of consumer’s equilibrium with a diagram.
Answer:
Consumer Equilibrium: The consumer reaches equilibrium at the point where the budget line is tangent on the indifference curve.

‘T’ is the point of equilibrium as budget line AB is tangent on indifference curve IC3 the upper most IC which implies maximum possible level of satisfaction. 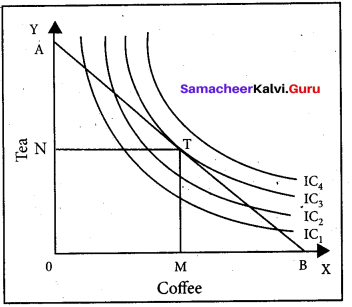 The status and developments in the social infrastructure in India are discussed below:

Education in India:
The India education system has flourished and developed with the growing needs of the economy.

Question 33.
Write a short note on welfare economics given by Amartya Sen.
Answer:

Question 34.
What are the characteristics of land?
Answer:

At equilibrium point, the slope of IC refers to MRSXY and the slope of BL (Budget Line) refers to ratio of price of X to price of Y z.e. P x/ Py . Therefore MRSxy = Px / Py

Question 36.
The Handicrafts were declined in India in British period. Why?
Answer:

Question 37.
Elucidate the different types of land tenure system in colonial India.
Answer:
Land Tenure refers to the system of land ownership and management. The features that distinguish a land tenure system from the others relate to the following:

Based on these questions, three different types of land tenure existed in India before Independence. They were:

Question 38.
State and explain the elasticity of supply.
Answer:

Where Qs represents the supply, P represents price , A denotes a change. 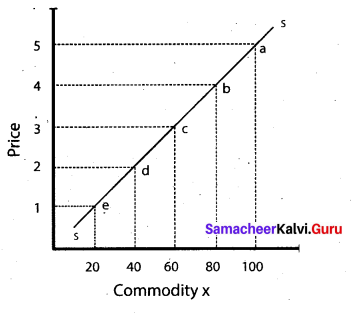 Question 41.
(a) Discuss the short run cost curves with suitable diagram.
Short run Cost Curves:
Total Fixed Cost (TFC):
Answer:
All payments for the fixed factors of production are known as Total Fixed Cost. A hypothetical TFC is shown in below table and diagram .

It is to be noted that

It can be obtained in two ways. 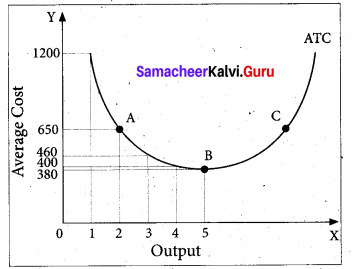 (b) Bring out the features of perfect competition.
Answer:
(i) Large Number of Buyers and sellers

(iv) Absence of Transport Cost :
The prevalence of the uniform price is also due to the absence of the transport cost.

(vii) No Government Intervention
There is no government regulation on supply of raw materials, and in the determination of price etc.

On the basis of the form of colonial exploitation, economic historians have divided the whole period into three phases:

Question 43.
(a) What is GST? Write its advantages.
Answer:

Subsidiary Occupation: To reduce the seasonal unemployment rural people should be encouraged to adopt subsidiary occupations. Loans should be granted and proper arrangements should be made for marketing their products.

Irrigation Facilities: Since rainfall is uncertain irrigation facilities should be expanded to enable the farmers to adopt multiple cropping.

Rural Industrialization: To provide employment new industries should be set up in rural areas. Technical Education: Employment oriented courses should be introduced in schools and colleges to enable the literate youth to start their own units. 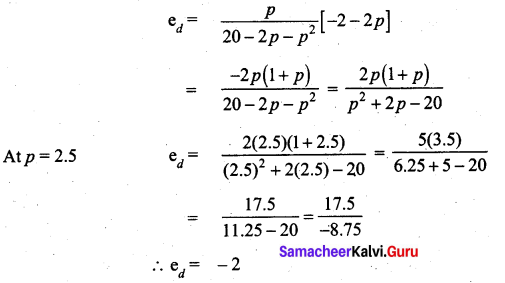 Question 45.
(a) Bring out Jawaharlal Nehru’s contribution to the idea of economic development.
Answer:

(i) Democracy and Secularism: 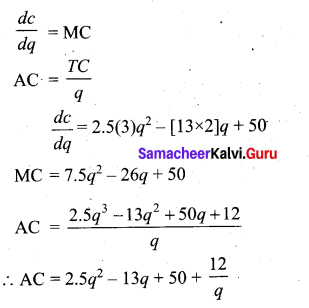 The evaluation of ICT has five phases:

They are evaluation in: (a) Computer (b) PC – Personal Computer (c) Micro Processor ‘ (d) Internet (e) Wireless links
In Economics, the uses of mathematical and statistical tools need the support of ICT for: (a) Data Compiling (b) Editing (c) Manipulating (d) Presenting the results

Question 47.
(a) Bring out the relationship between AR and MR curves under various price conditions.
Answer:
Relationship between AR and MR Curves: If a firm is able to sell additional units at the same price then AR and MR will be constant and equal. If the firm is able to sell additional units only by reducing the price, then both AR and MR will fall and be different.
Constant AR and MR (at Fixed Price): When price remains constant or fixed, the MR will be also constant and will coincide with AR. Under perfect competition as the price is uniform and fixed, AR is equal to MR and their shape will be a straight line horizontal to X axis. The AR and MR Schedule under constant price is given in the below table and in the diagram.

Declining AR and MR (at Declining Price)
When a firm sells large quantities at lower prices both AR and MR will fall but the fall in MR
will be more steeper than the fall in the AR. 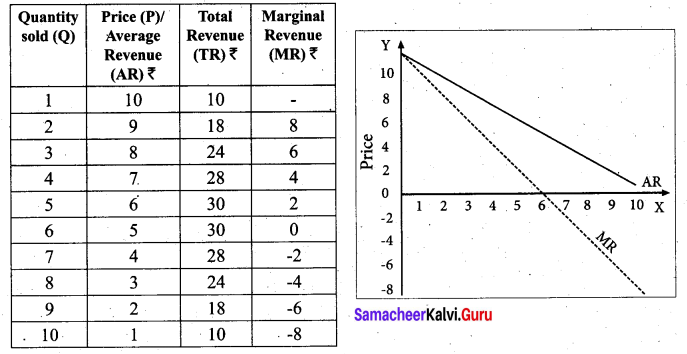 It is to be noted that MR will be lower than AR. Both AR and MR will be sloping downwards straight from left to right. The MR curve divides the distance between AR Curve and Y axis into two equal parts. The decline in AR need not be a straight line or linear. If the prices are declining with the increase in quantity sold, the AR can be non-linear, taking a shape of concave or convex to the origin.

A market has the following characteristic features: