You can Download Samacheer Kalvi 10th Maths Book Solutions Guide Pdf, Tamilnadu State Board help you to revise the complete Syllabus and score more marks in your examinations.

Question 1.
In the figure, if BD⊥AC and CE ∠ AB, prove that 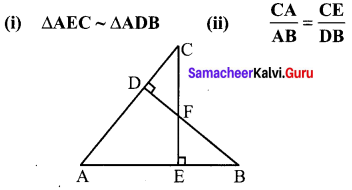 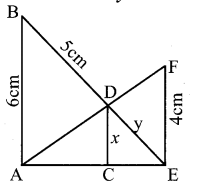 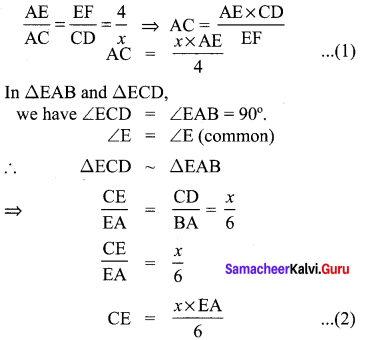 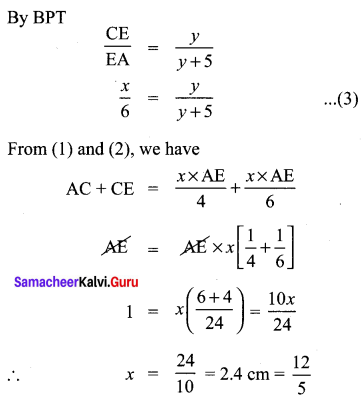 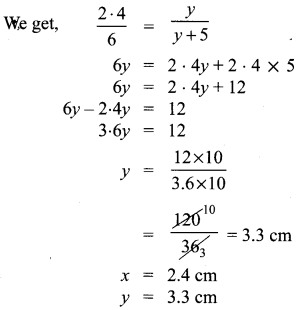 Question 3.
O is any point inside a triangle ABC. The bisector of ∠AOB , ∠BOC and ∠COA meet the sides AB, BC and CA in point D, E and F respectively.
Show that AD × BE × CF = DB × EC × FA
Solution:
In ∆AOB, OD is the bisector of ∠AOB. 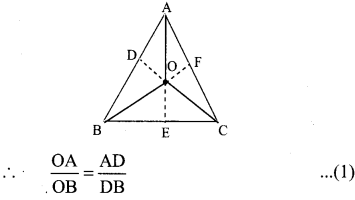 Question 4.
In the figure, ABC is a triangle in which AB = AC . Points D and E are points on the side AB and AC respectively such that AD = AE . Show that the points B, C, E and D lie on a same circle. 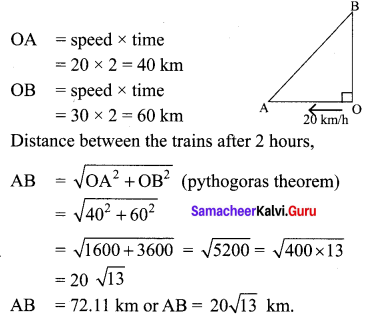 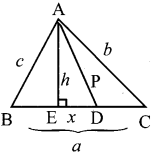 Question 7.
A man whose eye-level is 2 m above the ground wishes to find the height of a tree. He places a mirror horizontally on the ground 20 m from the tree and finds that if he stands at a point C which is 4 m from the mirror B, he can see the reflection of the top of the tree. How height is the tree?
Solution:
From the figure; ∆DAC, ∆FBC are similar triangles and ∆ACE & ∆ABF are similar triangles. 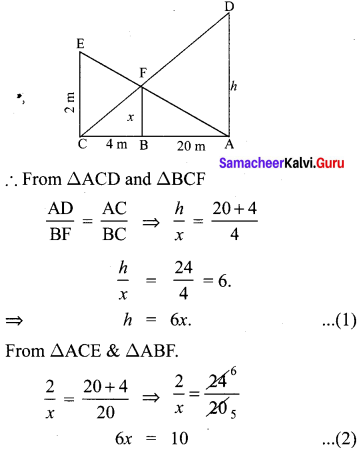 Question 8.
An emu which is 8 ft tall standing at the foot of a pillar which is 30 ft height. It walks away from the pillar. The shadow of the emu falls beyond emu. What is the relation between the length of the shadow and the distance from the emu to the pillar?
Solution:
Let OA (emu shadow) the x and AB = y.
⇒ pillar’s shadow = OB = OA + AB
⇒ OB = x + y 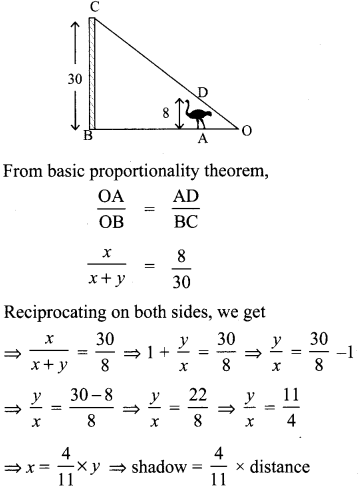 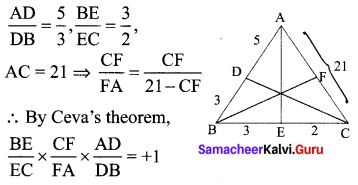 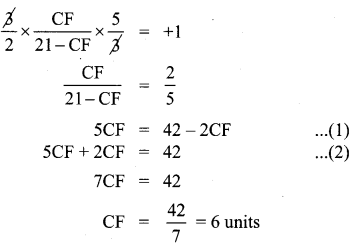