II. Find whether the following statements are true or false. – if false give the correct answer.

III. Fill in the blanks. 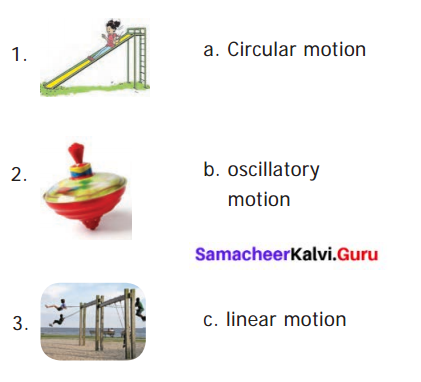 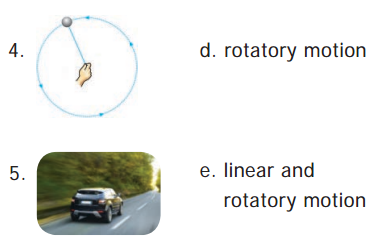 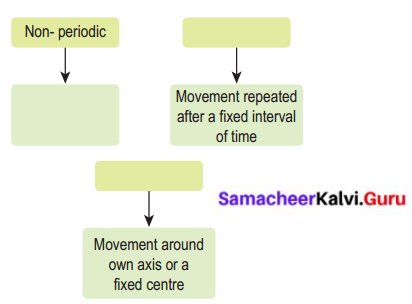 VIII. Give one word for the following statements.

Question 1.
The force which acts on an object without physical contact with it.
Answer:
non-contact forces.

Question 2.
A change in the position of an object with time.
Answer:
Motion.

Question 3.
The motion which repeats itself after a fixed interval of time.
Answer:
Oscillatory motion.

Question 5.
A machine capable of carrying out a complex series of actions automatically.
Answer:
Artificial intelligence.

IX. Answer the following in a sentence or two.

Question 1.
Define force.
Answer:
Forces are push or pull by an animate or inanimate agency.

Question 2.
Name different types of motion based on the path.
Answer:

Question 3.
If you are sitting in a moving car, will you be at rest or motion with respect your friend sitting next to you?
Answer:
I am in rest with respect to my friend, sitting inside the car.

Question 1.
What is motion? Classify different types of motion with examples.
Answer:
Motion :
Change of position of an object with respect to time is known as motion. 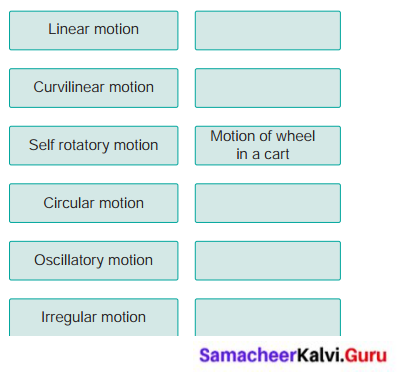 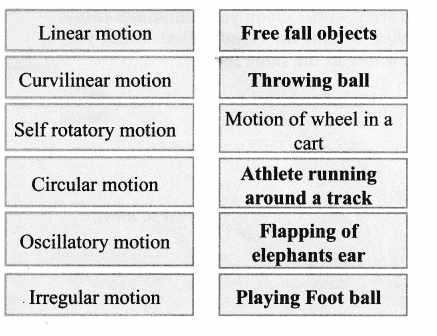 Can you identify whether it is push or pull that results in motion in the following cases? 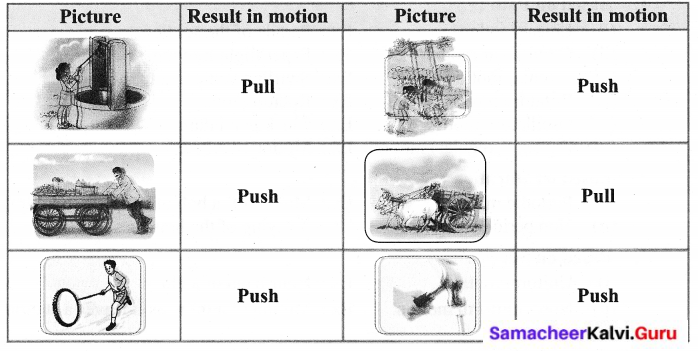 Moon or Cloud?
Observe the moon on a windy night with a fair bit of cloud cover in the sky. As a cloud passes in front of the moon you sometimes think it is the moon which is moving behind the cloud. What would you think if you were to observe a tree at the same time? 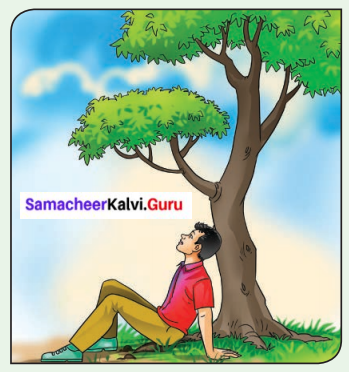 Answer:
Activity to be done by the students themselves

Fill in the empty spaces.

Can you give example for contact and non-contact forces? 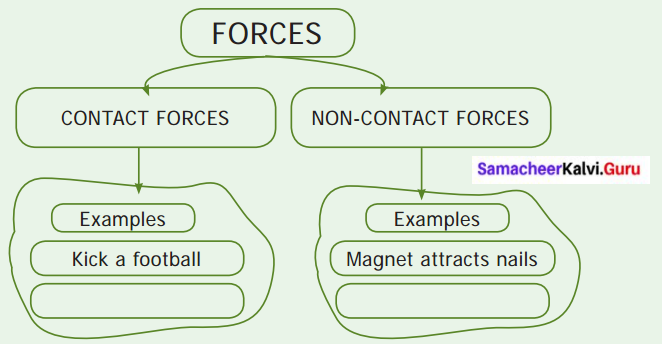 Activity – 4
Play with pencil
Please do what Shanthi did…

Now, look at the motion of the pencil in all these four cases. How was it? 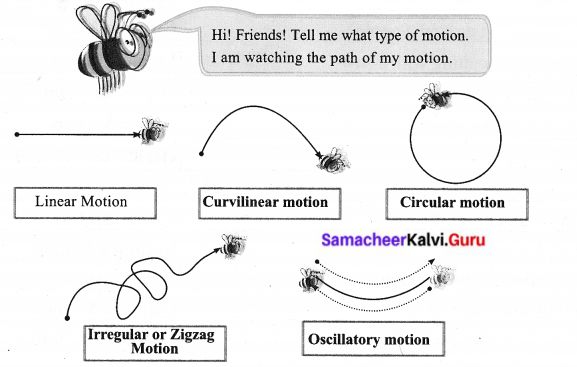 Activity – 6
Classify the following according to the path it takes.

Have you found out? say now.
Fastest Taxi, Slowest Bus.

Let us play a small game. Go to the playground with your friends. Mark 100 metre distance for a race. Conduct a friendly running race and calculate the time they taken to complete the distance by stopwatch. Now fill up the following table.

Multiple Motion to a Sewing Machine 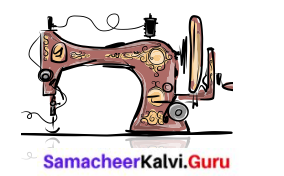 Motion of the needle
Periodic (or) Oscillatory motion

Motion of the wheel
Rotatory motion

Let us enjoy by making a simple spinner. Make it by the following instruction.

Cut a 2cm long piece from an old ball-pen refill and make a hole in its center with a divider point (Fig 1). 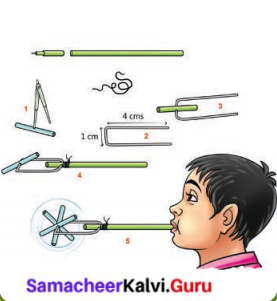 Weave the refill spinner in the U-shaped wire (Fig 3).

Wrap the two ends of the wire on the plastic refill, leaving enough clearance for the spinner to rotate (Fig 4).

On blowing through the refill, the spinner rotates (Fig 5).

For obtaining maximum speed – adjust the wires so that air is directed towards the ends of the spinner.

Have you enjoyed with simple spinner. Do you observe the motions in the toy. Can you answer the following question?

Question 5.
_______ are robots scaled down to microscopic size in order to put them into very small spaces to perform a function.
(a) Car robots
(b) Home robots
(c) Game robots
(d) Nanobots
Answer:
(d) Nanobots

II. Find whether the following sentences are true or false. If false Correct the statement.

Question 1.
Motion occurs when the object is pulled or pushed by an agency.
Answer:
True.

III. Fill in the blanks. 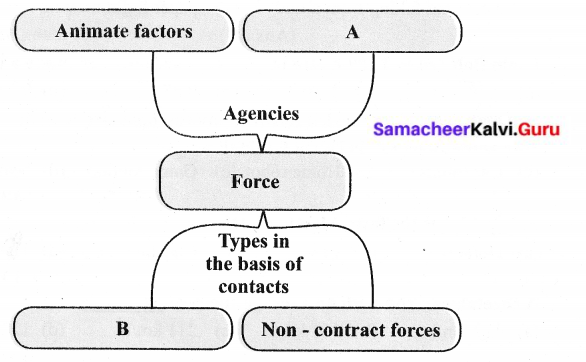 V. Answer the following in one or two sentences.

Question 1.
What is meant by the State of Rest?
Answer:
When there is no change of position of an object with respect to time and if it remains stationary it is called rest.

Question 4.
Give the properties of force.
Answer:

Question 7.
List out the types of motion on the basis of speed.
Answer:
There are two types:

Question 8.
Define uniform motion.
Answer:
If an object covers uniform distances in uniform intervals, then the motion of the object is called uniform motion.

Question 9.
Why robots are used in many places?
Answer:
Robots can perform mechanical and repetitive jobs faster, more accurately than human beings. It can also handle dangerous materials and explore distant planets.

Question 11.
What is nanobots?
Answer:
Nanobots are robots scaled down to microscopic size in order to put them into very small places to perform a function.

Question 12.
What are the uses of future robots?
Answer: