Question 1.
Write two different real life situations that represent the integer -3.
Solution:
(i) A sapling planted at a depth of 3m
(ii) Sheela lost ₹ 3 on selling an apple.

Question 3.
Construct a number line that shows the depth of 10 feet from the ground level and its opposite.
Solution:

Question 4.
Identify the integers and mark on the number line that are at a distance of 8 units from -6.
Solution:

Question 5.
Answer the following questions from the number line given below

Solution:
Given G is 3 and C is -1,
∴ The number line becomes

Question 10.
P, Q, R and S are four different integers on a number line. From the following clues, find these integers and write them in ascending order.
i) S is the least of the given integers.
ii) R is the smallest positive integer.
iii) The integers P and S are at the same distance from 0.
iv) Q is 2 units to the left of integer R.
Solution:
According to the clues, plotting the points on a number line, we get

As S is the least of the given integers, it is placed at the left most end.
Since R is the smallest positive integer, it is placed next to the right of 0.
As Q is 2 units to the left of R it is placed as the left next number of 0.
P and S are at the some distance from 0. P is placed opposite to S.
∴ Ascending order : S < Q < 0 < R < P.

Question 11.
Assuming that the home to be the starting point, mark the following places in order on the number line as per instructions given below and write their corresponding integers. 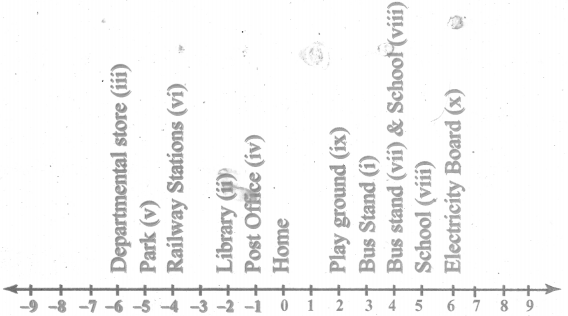 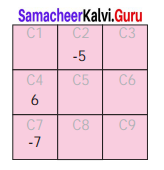 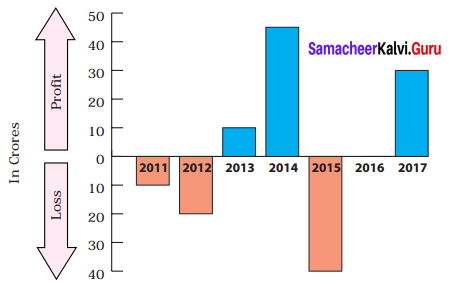