Little Cyclone: The Story of a Grizzly Cub Warm Up:

Little Cyclone The Story Of A Grizzly Cub Question 1.
Why are some animals endangered?
Answer:
An animal is called endangered when only a few of its kind are alive in the world. There are many reasons for a species to become endangered. The environmental conditions on Earth are continually changing. Some animals become endangered because they can no longer survive in the new conditions of their changing habitat. Some other prominent reasons are overhunting by humans and pollution.

Little Cyclone The Story Of A Grizzly Cub Summary Question 2.
Why do wild animals from the forest often enter the human living spaces?
Answer:
Due to urbanisation, people are felling trees and destroying forests to expand their habitable area. This reduces animal habitat due to which they are forced to enter into human living space, in search of food, water and shelter.

Little Cyclone: The Story Of A Grizzly Cub Questions And Answers Question 3.
Are animals happy in wild life rehabilitation centres?
Answer:
Animals are brought to the wild life rehabilitation centres to live and be protected for the rest of their lives. But the animals might not be happy in captivity. Although they are provided with good sanitary conditions, sufficient enclosures, proper vet care and appropriate feed, they may definitely miss their natural habitat.

Little Cyclone The Story Of A Grizzly Cub Questions And Answers Question 4.
Can a rehab animal survive in the wild?
Answer:
Most animals are brought into wildlife rehabilitation centres for help. They are so sick or emaciated that their chances for survival are often slim. They are taken care of and treated under captivity only until able to live independently in the wild. Every effort is made to minimize human contact and prevent the taming of rehabilitation patients. So, when they are released back in their wild habitat, they often survive well.

Little Cyclone: The Story Of A Grizzly Cub Book Back Answers Question 5.
How many types of bear do you think are there living in the world today?
Answer:
Today, there are only eight species of bears surviving in the world. Except for Antarctica and Australia, all other continents of the world provide habitats for bears.

A. use the following phrases in sentences of your own.

1. earn one’s name – make a name for oneself.
She earned her name in politics, as a powerful leader.

3. to see one fight – to struggle to get through something.
I can see him fighting for his right to vote.

4. devoid of – lacking in.
This apartment is devoid of all comforts.

5. air and manner – to behave in a way that does not show how you really feel.
Audy assumed an air and manner of indifference, whenever her name was mentioned.

8. make a pass – make advances to someone.
Men seldom make passes at girls who wear glasses.

B. Now refer a dictionary and find idioms on the following animals, birds and insects. Learn their meanings and share what you have learnt with your class. Try to frame illustrative sentences with those idioms. Find opportunities to use them in your everyday conversations.

6. Snake – nurse a snake in one’s bosom – look after.
I have nursed a snake in my bosom all these years.

8. dog – dog days – very hot days.
I slept in the basement during the dog days of August.

C. Based on your reading, answer the following questions in a paragraph of about 100-150 words each.

Summary Of Little Cyclone The Story Of A Grizzly Cub Question 1.
Describe the appearance of Little Cyclone.
Answer:
Little Cyclone is a grizzly cub from Alaska. He earned his name by the vigour of his resistance to ill-treatment. He was a curious and amusing little cub. It had fluffy hair, two big black eyes which sparkled like jet beads, short and fat nose and high shoulders. But his claws were strong and dangerous and he had a truly grizzly spirit. He did not show any fear to its opponents. He was bom full of courage and devoid of all sense of fear. He was a queer looking gray fellow with a broad head. He could fight any other bear on three seconds’ notice.

Little Cyclone: The Story Of A Grizzly Cub Ppt Question 2.
What does the fight Little Cyclone and his brother put up, tell you about the nature of grizzly bears?
Answer:
Grizzly bears are bom full of courage and devoid of all sense of fear. Little cyclone is a grizzly cub from Alaska. He earned his name by the vigour of his resistance to ill treatment. When his mother was fired at, on a timbered hillside, he and his brother ran away as fast as their short and thick legs could carry them. When they came back,they thought their mother was sleeping. They cuddled up close against her warm body and slept peacefully until morning.

They were awakened by the rough grasp of human hands. Bravely, they bit, scratched and cried aloud with anger. His brother made a fight so fierce and terrible that his nervous captor let him go. Although, Little Cyclone fought just as desperately, his captor seized him by his hind legs, dragged him backwards and bound him. This fight of the grizzly bears proves their strength and grit. They do not wish to be cowed down or dominated by their opponents.

Naturally, it is a good test of courage and temper to turn a new bear into that roistering crowd. But Little Cyclone was fearless and quick in attacking his opponents on three seconds’ notice.

Little Cyclone The Story Of A Grizzly Cub Ppt Question 4.
Describe the confrontation between Little Czar and Little Cyclone.
Answer:
Little Czar was a very cheeky and impertinent bear. But it was a good-natured European brown bear. He walked to Little Cyclone and aimed a sample blow at Cyclone’s left ear. Quick as a flash, outshot Cyclone’s right paw, as only a grizzly can strike and caught the would-be hazer on the side of the head. Amazed and confused, Czar fled in wild haste. Next Cyclone also attacked a black bear cub, who made a pass at the newcomer and made him to quit the field.

Little Cyclone carefully and meticulously met every attack, real or faked, that was made upon him. All the bears in the Nursery understood that Little Cyclone can fight any other bear on three seconds’ notice. He could also strike anyone hard and quickly.

Little Cyclone: The Story of a Grizzly Cub About The Author:

He is known for his dramatic ‘life groups” of animals in natural setting for museum displays. Homaday’s goal was to educate the American people about these magnificent animals and generate interest in environmental conservation. He also produced a very popular exhibit of a bison group for the National Museum.

In 1889, Homaday published ‘The Extermination of the American Bison’ a popular work that did create public support to save this species. He emphasized the importance of saving American native wildife.

Little Cyclone: The Story of a Grizzly Cub Summary: 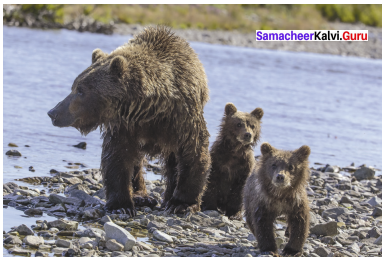 One day when Little Cyclone’s mother was fired at a timbered hillside facing Chilkat River, he and his brother ran to the spot and cuddled her thinking that she was asleep the whole night. The next day, before dawn the two brothers were seized by humans.

One of them escaped from the human hand by making a terrible and forceful fight and stayed in Chilkoot. The other failed in its endeavour and was captured and seized. Then it was collared, chained in the rear of the saloon in Porcupine city. To tame the grizzly cub they used a long pole and violently prodded to see if it defended. Very soon Little Cyclone was rescued by die zoological society’s field agent who took him to New York.

In New York at the Bears’ Nursery, which is a big yard, it had a shade tree, a tree to climb, a swimming pool, three sleeping dens and a rock cliff where usually six to eight cubs were accommodated. Naturally it is a good test of courage and temper to turn a new bear into that roystering crowd.

A newcomer generally in a nursery takes time to adapt but grizzlies are different. Especially Little Cyclone’s behaviour was very different. When he was let out from the travelling box, he stalked and occupied the centre stage with an air and manner which pronounced thus: “I’m a grizzly from Alaska, and I’ve come to stay.” His mannerism also stated that if you dare to protest come for a fight.

Little Czar, a very saucy but good. natured European brown bear cub gave a blow at Little Cyclone’s left ear. Quick as a flash, Cyclone’s right paw struck Czar and caught the side of the head. Amazed and confounded Czar fled. Next came a black bear cub twice the size of Cyclone but he received a fierce blow that he immediately left the field and ran to the top of the cliff.

There were lots of attack at Cyclone one after the other but in less than an hour every bear in the Nursery understood that Little Cyclone, the queer looking gray fellow with broad head and short nose could strike quick and hard and finish them off in less than three seconds. From that time, Cyclone’s position was assured.

Little Cyclone: The Story of a Grizzly Cub Glossary: 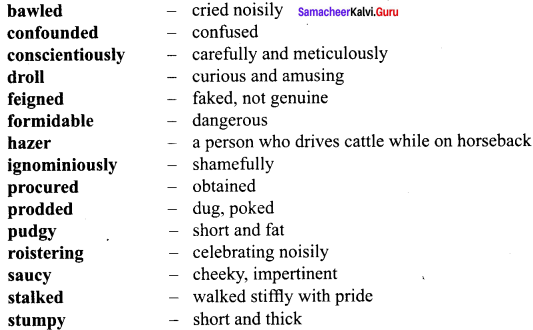