Question 1.
A _____ is a collection of numbers gathered to give some meaningful information.
Solution:
Data

Question 2.
The data can be arranged in a tabular form using ____ marks
Solution:
Tally

Question 3.
A observation occurring 8 times in a data is represented as _____ using tally marks.
Solution:

Question 5.
Following are the choice of sports for 20 students of class VI.

Arrange the names of sports in a table using tally marks.
Solution: 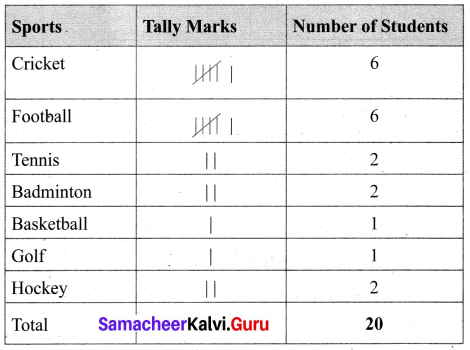 Question 6.
Mariana threw a die 40 times and noted the number appearing each time as shown below. 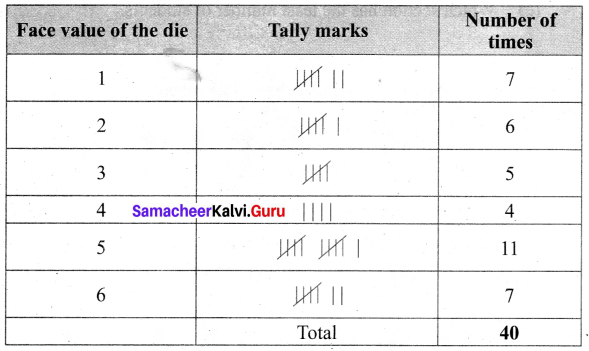 Question 7.
What is the advantage of using pictograph?
Solution:
The data can be analyzed and interpreted. The pictures and symbols help us to understand better.

Question 8.
Total number of students of a school in different years is shown in the following table 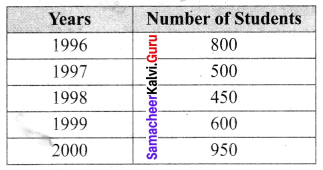 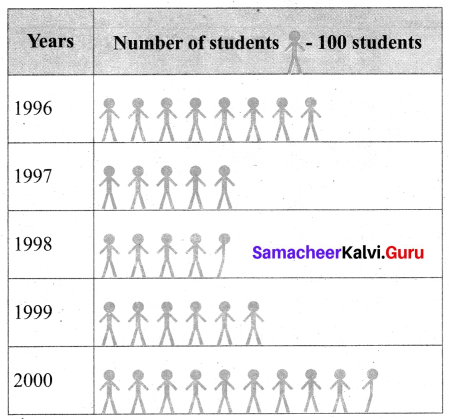 (a) 9 Full pictures and a half picture represent the number of students in the year 2000
(b) 5 symbols.

Question 9.
The number of bottles of honey sold by three different shops are given below. 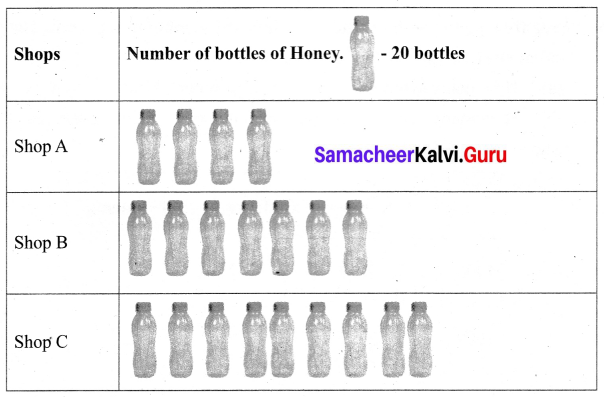 Question 10.
The following data is the total savings of a group of 5 friends in a year.

Draw a pictograph to represent the data.
Solution: 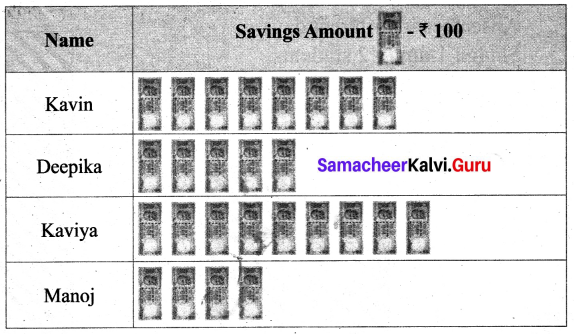 Question 11.
The number of mathematics books sold by a shopkeeper on six consecutive days is shown below.

Draw a bar graph to represent the above information choosing the scale of your choice.
Solution: 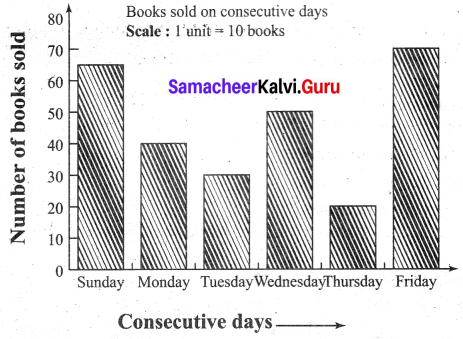 Question 12.
The following bar graph shows the number of people visited Mahabalipuram over a period of 5 months. 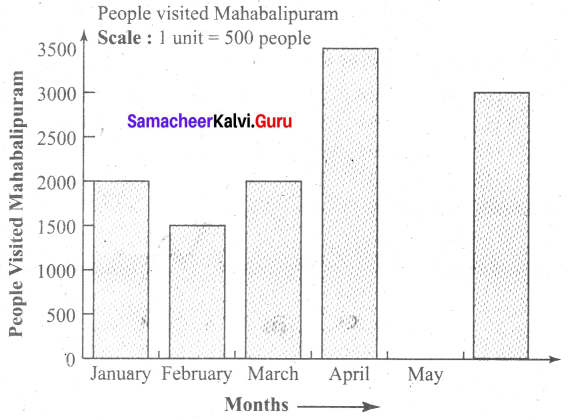