I. Choose the correct answers:

Indus Civilization Belonged To Question 4.
Which of the following statements about Mohenjo – Daro is correct?
(a) Gold ornaments were unknown.
(b) Houses were made of burnt bricks.
(c) Implements were made of iron.
(d) Great Bath was made water tight with the layers of natural bitumen
Answer:
(b) and (d)

Indus Valley Civilization Belongs To Old Stone Age Question 5.
Cosidering the following statement:
1. Uniformity in layout of town, streets, and brick siz
2. An elaborate and well laid out drainage system
3. Granaries constituted an important part of Harappan Cities
Which of the above statement are correct?
(a) 1&2
(b) 1&3
(c) 2&3
(d) all the three
Answer:
(d) all the three

VI. Answer in the one or two sentences:

Samacheer Kalvi 6th Social Science Book Back Answers Question 3.
Do we have the practice of worshipping animals and trees?
Answer:
Yes, people belonging to some religions worship animals and trees.

Question 5.
Just because a toy moves it doesn’t mean it’s modern. What did they use instead of batteries?
Answer:
They used wheels.

Question 6.
Dog was the first animal to be tamed. Why?
Answer:
Humans started breeding dogs to help with hunting, herding, standing guard and carrying stuff.

Question 9.
In Indus civilisation, which features you like the most? Why?
Answer:

Question 4.
Can you point out the special features of their drainage system?
Answer:

Question 5.
What do you about great the great bath?
Answer:

Question 6.
How do you know that Indus people traded with other countries?
Answer:

(i) In Harappan Civilization, the houses were built using baked bricks and ’mortar. Sun dried bricks were also used, Most of the bricks were of uniform size. They used the burnt bricks which were strong, hard, durable, resistant to fire and would not dissolve in water.

(ii) Even at present, brick is the most basic and favoured material for common construction through out the world. Nowadays bricks are available in different sizes and shapes. Kiln burnt bricks are used.

(i) In Indus Civilization, they had covered drains. The drains were covered with slabs or bricks. Each drain had a gentle slope. Manholes were provided at regular intervals to clear the drain.

(ii) At present our cities and town are so populated and congested that conducting any infrastructural improvement over ground or underground is becoming difficult.

(i) Indus people used standardised weights and measures. They used sticks with marks to measure length.

(ii) In the modem world, we use electronic weighing machine to have accuracy in weighing. Floor scales and Platform scales are used in industries and small scale industries respectively.

(i) A naval dockyard has been discovered in Lothal in Gujarath. It shows the maritime activities of the Indus people.

Question 2.
Agriculture was one of their occupations. How can you prove this? (with the findings)
Answer:

Question 3.
Many pottery and Its pieces have been discovered from Indus sites. What do you know from that?
Answer:

Question 5.
Can you guess what happened to the Harappans?

Question 2.
You arc a young archaeologist working at a site that was once an Indus city. What will you collect?
Hints: 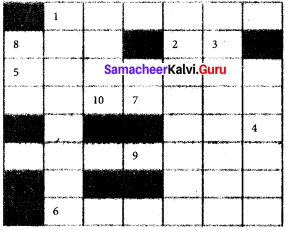 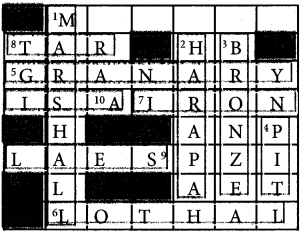 X. Rapid Fire Quiz (Do it in groups)

Question 1.
Which crop did Indus people use to make clothes?
Answer:
Cotton.

Question 2.
Which was the first Indus city discovered?
Answer:
Harappa.

Question 3.
Where was Indus Civilisation?
Answer:
Banks of River Indus.

Question 5.
Which metal was unknown to Indus people?
Answer:
Iron.

Question 6.
What was used to make pots?
Answer:
Potter’s wheel.

Question 7.
Which is considered the largest civilisation among four ancient civilisations of the
world?
Answer:
Indus Valley Civilization. 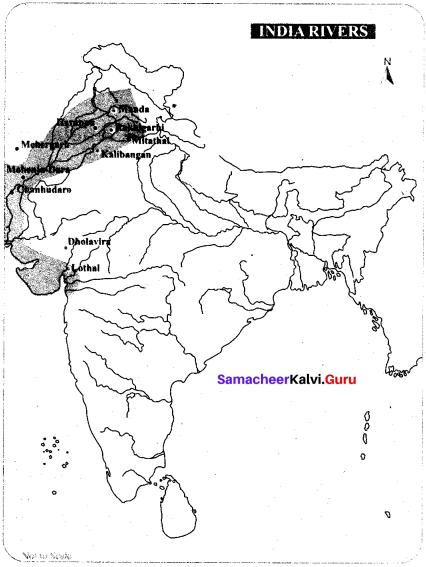 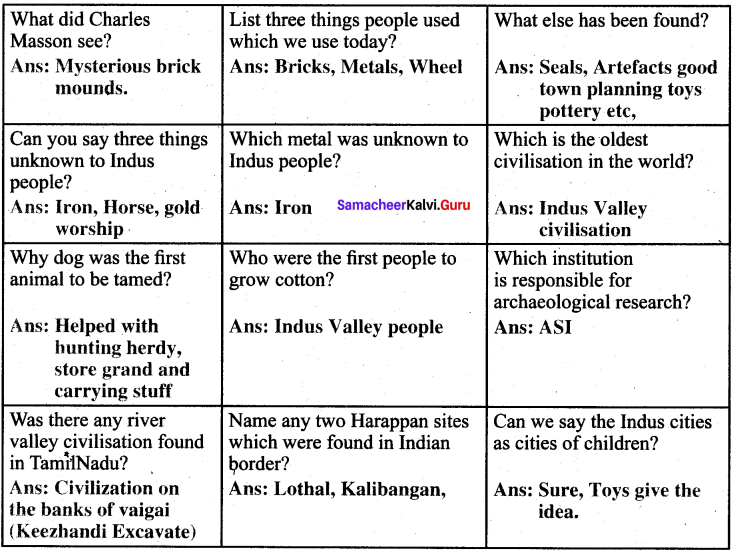 Observe the picture and fill the tabular column. 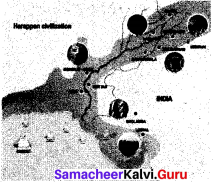 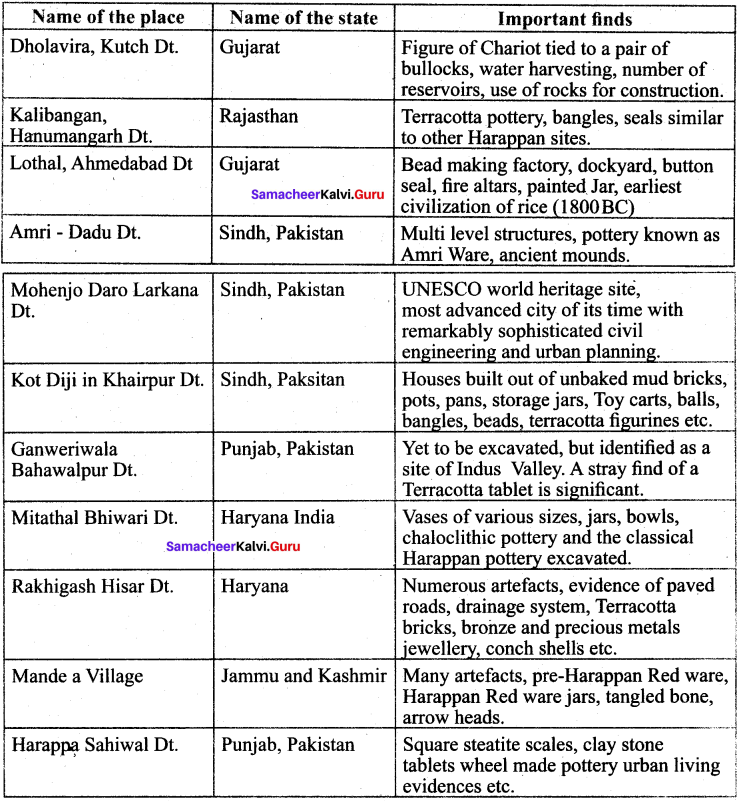 Question 3.
Which one of the following is correct?

VI. Answer in or two sentences :

Question 2.
Why did they use burnt bricks for construction?
Answer:
Burnt bricks are strong, hard, durable, to resistant to fire and will not dissolve in water or rain.

Question 3.
Who governed the Indus valley people?
Answer:
Historians believe that there existed a central authority that controlled planning of towns and overseas trade, maintenance of drainage and peace in the city.

Question 5.
What is meant by Ziggurat?
Answer:

Question 1.
How do archaeologists explore a lost city?
Answer:

Question 2.
What do you understand by the excavation of granary in Indus Civilization?
Answer:

Question 3.
Was there any leader in Mohenjodaro? Explain.
Answer:

Question 1.
Why should we learn about the Indus Valley Civilization?
Answer: