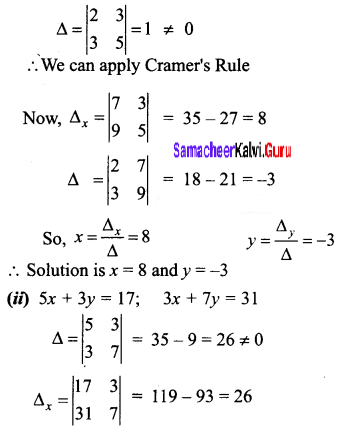 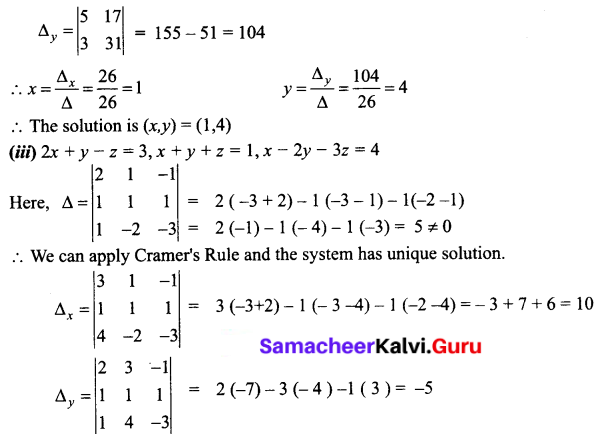 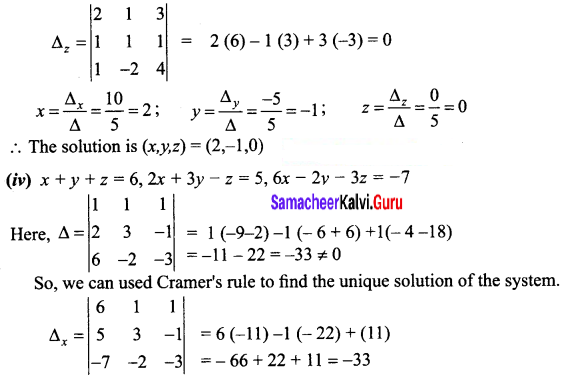 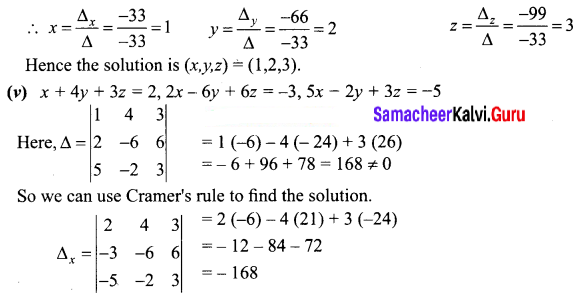 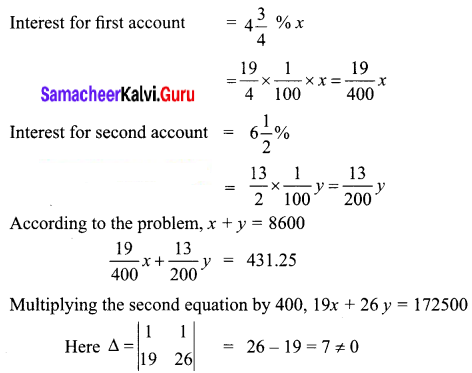 Question 4.
At marina two types of games viz., Horse riding and Quad Bikes riding are available on hourly rent. Keren and Benita spent ₹ 780 and ₹ 560 during the month of May. 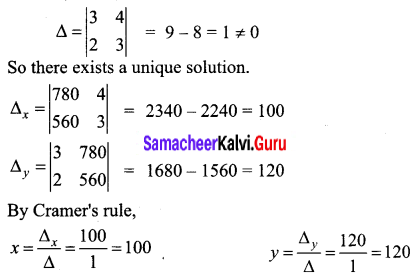 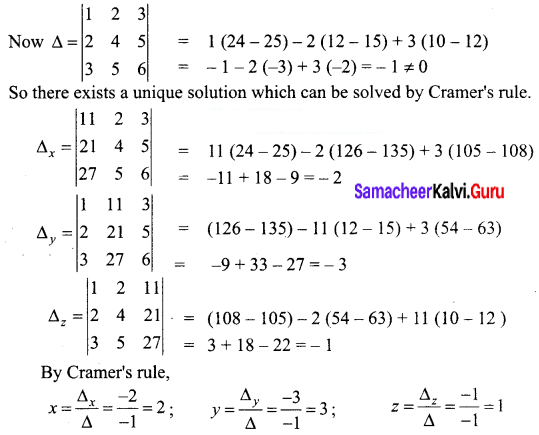 Hence the weights assigned to the three varieties are 2, 3 and 1 units respectively.

Question 6.
A total of ₹ 8,500 was invested in three interest-earning accounts. The interest rates were 2%, 3% and 6% if the total simple interest for one year was ₹ 380 and the amount invested at 6% was equal to the sum of the amounts in the other two accounts, then how much was invested in each account? (use Cramer’s rule). 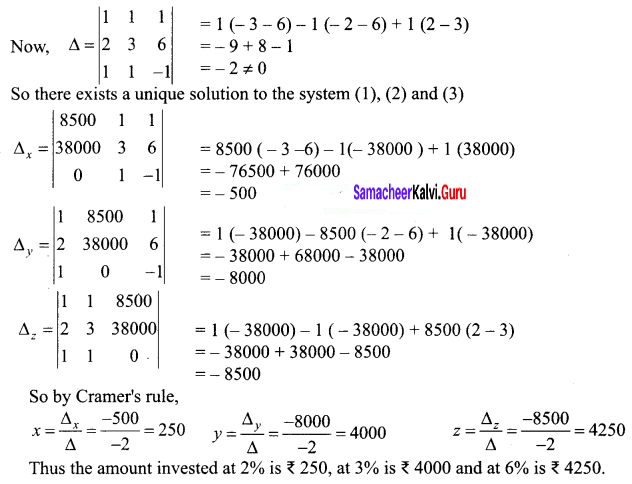